In the hot season there is simply no escape from flies. And no poison and traps help get rid of the annoying buzzing and humming nasty insects. These little buzzing flying machines are so vigilant that they even dodge a fly swatter with the agility of an experienced military plane.

Have you ever tried to be in flies’ shoes and experienced yourself what it’s like to have a table full of all kinds of delicious food and drink and be chased around with newspapers and cans of poisonous sprays?

The computer game Fly Simulator will help us to realize that the Earth is our common planet and there is no other at hand to relocate. And humanity with all those sprays will finally destroy the ozone layer and the greenhouse effect will reign.

The indie, simulation and action game from developer HFM Games was released in 2017. There are several modes for the players to choose from, in which you can fully experience the war of humans against the flies.

Never mind that it’s winter outside and nasty insects are sleeping in window frames like babies. Summer is coming – it’s time to start training to fight the little flying enemies.

Otherwise, visitors to your cafe will not like the fly-infested pizzas and dead bugs in Coca-Cola. And then your little business will go bankrupt, the bank will take the establishment for overdue loans and you’ll end up in the gutter, in the company of the same pathetic losers.

To weapons! Fortunately, there is a means of destruction to feel like an invincible terminator of flies.

But be careful when killing flies. Handheld anti-fly tools are so deadly that with the slightest careless move even visitors drop dead.

At the same time there are a lot of visitors, the cafe is comfortable and the pizza here is delicious. As new customers enter, they wonder, “Why are there so many dead people here?”

And not everyone wants to enjoy dinner  in the company of dead people around the place. The customers leave and the bankruptcy gets closer.

Hey, Waiter, why are you so clumsy, are you dead? Why don’t you kill all the flies and get me a soda finally? 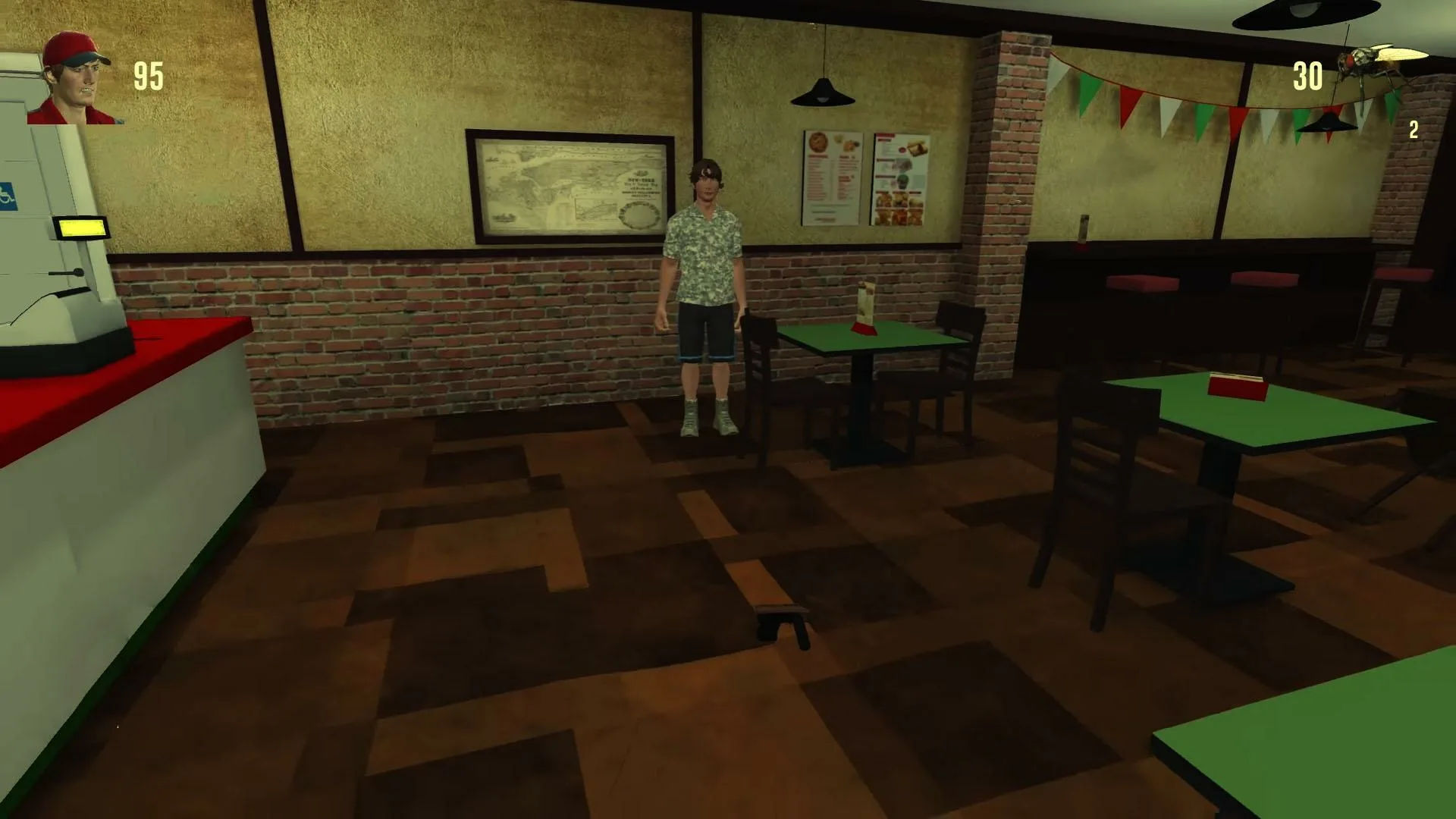 But if the user has chosen “fly mode,” the situation is radically different.

The fly is small and weak, not equipped by Nature with powerful jaws and paws with sharp claws. They have to fight for survival by mass reproduction.

So in the game Fly Simulator everything is just like in the real world – sex, violence and struggle for food. Only the fittest, the most cunning and dexterous can survive. Only the most vigilant and attentive can escape from threats.

After the release according to the polls the game Fly Simulator has won more than 65% of positive feedback from users. Although, of course, some particularly attentive users quickly found a lot of bugs and oddities in the gameplay. In time the developers will fix everything.

The game is implemented in 3D graphics, except that the flies can not crawl on the walls and the ceiling. But there is no time to crawl, as you are hunted by humans with shovels in their hands? You just have time to flap your wings.

Fly Simulator is a single-player game. System requirements are most unpretentious – even an old Windows XP computer will be enough.